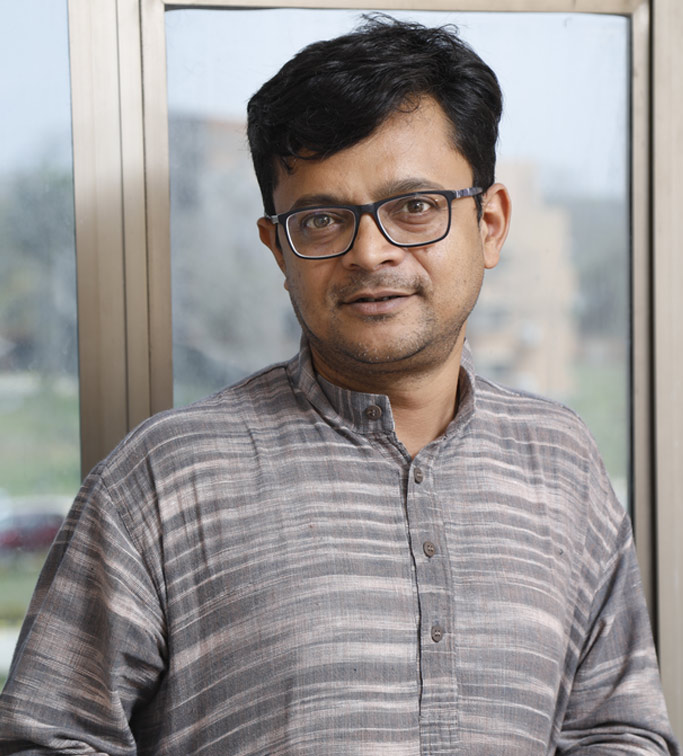 
Tagore D, Aghakhanian F, Naidu R, Phipps ME, BASU A* (2021) Insights into the demographic history of Asia from common ancestry and admixture in the genomic landscape of present-day Austroasiatic speakers BMC Biology 19(1):61

BASU A*, Sarkar-Roy N, Majumder PP (2016) Genomic reconstruction of the history of extant populations of India reveals five distinct ancestral components and a complex structure. Proceedings of the National Academy of Sciences U S A. Feb 9;113(6):1594-9.

My research interest is nested. There are two major components; one is to understand human genome diversity and evolution with special reference to India. This endeavor of understanding human genetic diversity and structure, not only provides us a window into human pre-history or understanding socio-cultural norms in historic times influencing social behavior; it also provides the framework to look at the multifactorial nature of disease causation considering host and exposure factors together. This automatically introduces the second component of my research, which is aimed at identification of genomic regions responsible for differential expression of heritable traits, i.e. connecting genotype with the phenotype. However, it is nested because I often work on problems where there are no off-the-shelf statistical methods. Thus, an important part of my work is in developing appropriate statistical and computational approaches that can yield new insights into biological data.

PhD in Statistics, Indian Statistical Institute, 2003
Thesis Title: Some statistical contributions to the analysis of human genome diversity and evolution

Fellow of the West Bengal Association of Science and Technology, December 2016

GenomeIndia: Cataloguing the genetic Variation in Indians (Department of BioTechnology, Government of India)


Unbiased Profiling of Loci Relevant for Pharmacogenomics, Pharmacovigilance and Predisposition to Some Common Disorders in a Peri-Urban Population of West Bengal
(Department of BioTechnology, Government of West Bengal)

A Unified Web-portal for Analysis, Integration and Visualization of Multi-omics Data
(Department of BioTechnology, Government of India)