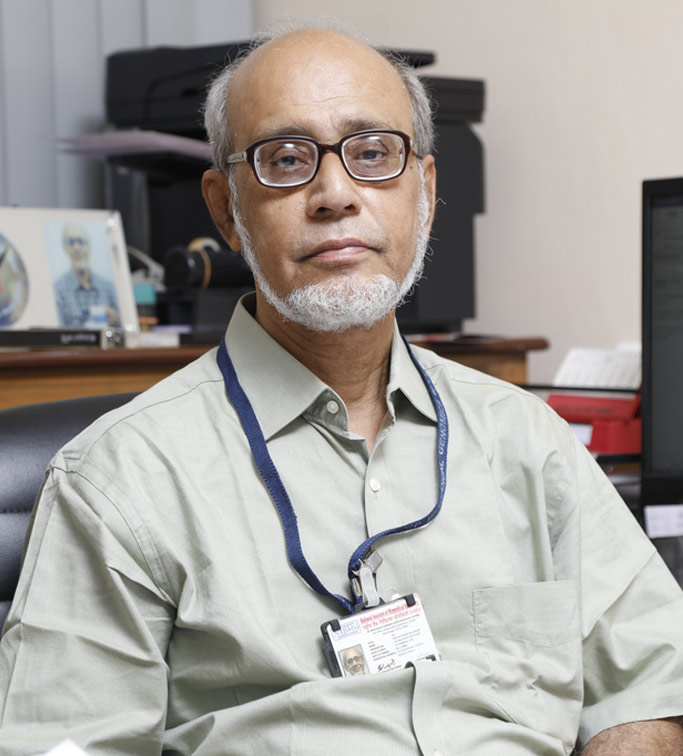 To develop statistical methods and to innovatively apply statistical methods to the understanding to the genetic basis of human disease. In particular to: (a) robustly identify genomic drivers of oral cancer and obtain deep understanding of the biological underpinnings of oral cancer, with the goal providing precision genomic signatures of prediction and novel therapy; and (b) relate population genomic diversity, in conjunction with family and/or case-control studies, to various facets of common disease, e.g., splitting heritability of a disease to components of common genomic variation, rare genomic variation and environmental factors; response to drugs and vaccines, etc.

The emerging picture of common disease genetics is that the majority of heritability is made up of common, largely non-coding variation. However, given our current knowledge of genome biology and the available tools for studying gene function, rare coding variants can make a larger contribution to our biological insight than suggested by the proportion of heritability explained. A set of methods under development have begun to extend these ideas to explore disease biology, by using the full information provided by GWA studies – that is, the genome-wide effect-size vector. In particular, one tests whether a gene set of interest – such as the genes expressed in a particular tissue or cellular process – is relevant to a disease by studying whether it is correlated with the genome-wide effect-size vector. With the ongoing development of a Human Cell Atlas, it should be possible to extend these studies to implicate not just tissues but individual cell types. This will help connect disease-associated genes to specific cell types and mechanisms active in those cell types. I am focusing on this direction of research.

For an individual’s polygenic risk scores of common diseases to have maximal accuracy and precision, it should be derived from data on GWA studies conducted on populations with the appropriate ancestry. A serious issue is that the vast majority of GWA studies has been conducted in European-derived populations, with the consequence that polygenic risk scores currently provide poorer predictors for other groups. It is important that this problem be addressed rapidly. Overcoming this population bias is essential to make polygenic risk scores useful for prediction on individual risks to common diseases.  This is another area of my current research.

In the context of oral cancer, we have been generating multiple types of omics data, from which we identify a different types of variants at the genome-wide scale (that include single nucleotide, copy number, structural and epigenomic) and also dysregulation of gene expression using RNA_sequencing data. This, of course, involves analysis of both tumour and normal tissues. The data of these disparate types need to be integrated, because for example both DNA variants and gene-promoter variants can affect gene expression. Recently, we have carried out an integrative analysis of epigenomic and transcriptomic data to deduce that immunotherapy may be effective in the treatment of oral cancer. I wish to continue work in this direction using similar methodologies to gain robust insights into the process of carcinogenesis.

The 2nd C.C. Li Memorial Lecture of the University of Pittsburgh, entitled “Our Footprints in the Sands of Time: A Statistical-Genetic Traceback”, 29 April 2005, Pittsburgh, U.S.A.

NCBS-CSCS ‘Through the Lens of Life Sciences’ Public Lecture entitled 'Human Footprints in the Sands of Time: A Genetic Reconstruction with Special Reference to India'. Bangalore, 20 April 2001

On June 24, 2017, Professor Partha Majumder  has participated in a hour-long discussion on “The Kith and Kin” (#TKAK)  with Professor Raghavendra Gadagkar of IISc and Professor Deepak Mehta of Shiv Nader University.  The discussion is available for free-listening on

An Overview of Our Second Genome: https://www.youtube.com/watch?v=jN5IPBB5P6o

Rendered service to the Office of the Principal Scientific Adviser to the Government of India, Indian National Science Academy, various agencies of the Government of India, particularly Department of Biotechnology, Department of Science & Technology, Indian Council of Medical Research, Indian Council of Agricultural Research and Council of Scientific & Industrial Research and to various Universities and Institutes, as member of Task Forces, Monitoring Committees and Review Boards, Scientific Advisory Committes, and Committees for the promotion of international co-operation in science.

Organized the International Conference on Human Population Genetics (in Celebration of the Birth Centenary of J.B.S. Haldane), Calcutta, 1992.

Organized training and hands-on workshops on human genetics on a sustained, nearly annual, basis, since 1996.  The first workshop was funded by the Department of Biotechnology, Government of India; subsequent workshops have been funded by the Fogarty International Center, National Institutes of Health, USA.  Over the years, more than 500 research fellows and junior faculty members have been trained in these workshops.

Organized conferences on human genetics on behalf of the Human Genome Organisaton.

Established a private-public partnership institution on human genetics in 2001, called the TCG-ISI Centre for Population Genomics.  This not-for-profit, DSIR recognized, institution is a collaboration between The Chatterjee Group and the Indian Statistical Institute, and has been conducting human genomic research funded by ICMR, DBT and the NIH, USA.